In my work on the Fall, I’ve already gone into Eve’s unnecessary boundary around God’s command. And how this could have doomed her, Adam, and humankind. I want to take a closer look at this process because I think it’s worth further exploration. 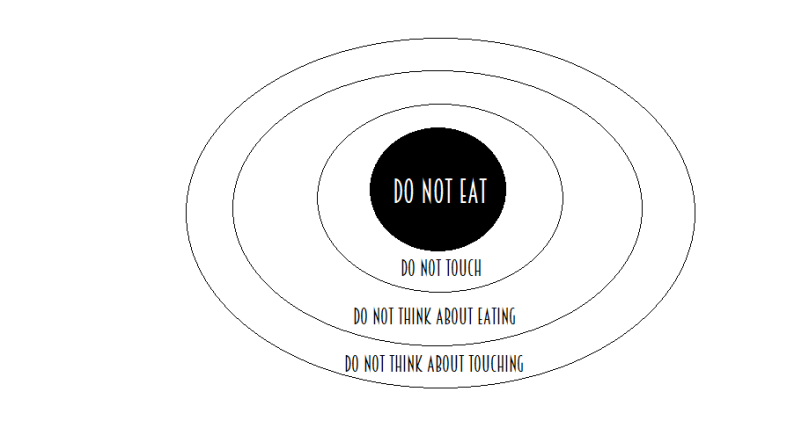 Let’s say that cake is your vice. You don’t want to ever eat cake again. That’s it. But instead, you decide also to not buy cake. And to not touch cake. Because both of those things could lead to eating cake. And from there, you decide that you won’t even think about eating cake. So you avoid aisles in the grocery with cake on them. You turn away when you see someone eating cake. Your one vice snowballed into something impossible, what I like to think of as a moral cascade.

So you see, these boundaries that one would think would protect someone from doing wrong, actually make it easier to do wrong in the mind of the doer. There is only one wrong in Eden: eating the fruit.